You’re never too old to learn new things and I guess relaunching a website is not a big deal, however, I built this website, yes me!

Two years ago, on a mere whim, I decided that I’d like to study Digital Design. It has been an interesting 2 years as learning new things can be extremely frustrating. Anyhow, I’ve stuck to it and this is one of my results.

Although this is terrific there is a bigger story here. It is one of being a constant learner and when I look back on my career, I most certainly qualify.

I left school when I was 16 to do a hairdressing apprenticeship and stayed in that industry for a number of years, as I moved into my 20s I decided that I needed to get an education so I started studying to become a TAFE lecturer. I was successful in getting an interview but unsuccessful in getting the job. It was the best thing that ever happened to me!

I went on to join corporate life while slowly chipping away at tertiary education. It was slow, very slow. Because of family and work commitments, I was only ever able to do one or two subjects at a time, then there were the gaps where the pressure just got too much. Additionally, I travelled extensively both nationally and internationally, managed to get a divorce and moved interstate, with two children, to advance my career. Yet I always went back to the study because I’m no quitter, I just kept chipping away at it because I believed education was the key. That proved to be right.

The first assignment I ever had was to write 500 words about something and then give myself a mark. I thought, ‘what a stupid process’. However, the thing you learn quickly in most educational settings is to give the lecturers what they want. After all, they have the power of the pen and it will ultimately make your life a lot easier to be compliant. I found that out when I once challenged the process. But that’s a story for another time. So, I did the assignment and gave myself a distinction! Well, why not? I thought if they’re stupid enough to want me to mark this, I thought I’d done a fantastic job writing 500 words! Keep in mind this was a girl who worked in a hairdressing salon so the longest thing she had to write was the clients’ name in the appointment book. So, from my perspective, writing 500 words was an incredible feat. I got the distinction, probably not through great writing, through just being gutsy!

Moving back to the present time and many qualifications later, am enjoying my new skills yet I still have lots more to learn.

Investing in building my qualifications has certainly opened wonderful doorways for me. Qualifications in themselves are not the be all and end all, however, they certainly help.

And you are never, never too old to learn. I started digital design at 62 years of age. 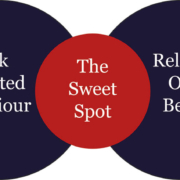 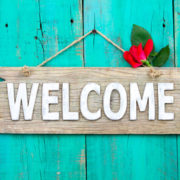 Welcome to the HR by Design Blog
No More Performance Management – You have got to be kidding me!