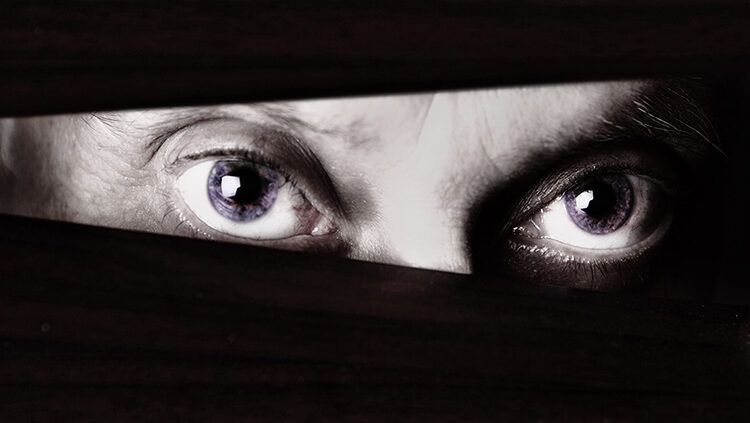 Psychopaths – Do you know this person?
How many of you have found yourself to be working with an egotistical and insensitive work colleague who exerts significant power and control over staff and colleagues? Does this person seem oblivious to other people’s wants and needs? Do they care if they constantly impose unreasonable deadlines or do, they load their staff up with work? Do they embellish the truth or facts or even lie? Do they take credit for other people’s work or openly criticise? Do you perceive them as somebody who is overly attached to the notion of success, appearing to give little thought about the ethics and morality of how they climb the corporate ladder?

If any of the above behaviours describe someone in your workplace, you are probably working with a psychopath. Invariably psychopaths, although they may have talent, get into roles by using charisma and cunning. They find positions where they have significant influence over others. In acquiring positions of influence and power, they feed their need to have their way at all costs. They can systematically destroy the careers of some and significantly affect the destiny of the organisation.

Having influence, power and position in an organisation can be a huge positive that achieves great business results through the support and development of others and by being a good corporate citizen. Not so in the case of the psychopath. Pretty much everything they do is to support their agenda. As such, having influence, power and position within an organisation become the catalyst that undermines performance and usually produces savage conflict between peers, staff and higher-ups.

If the psychopath makes it to the leadership team, they can wreak havoc that goes way beyond the usual dynamic of creative tension that exists between competitive organisation functions. If and when they leave the organisation, it is only then that the extent of their destructive behaviour surfaces.

An example -based on a true story
A very senior-level manager, let’s call him Brian, was looking to relocate from the big smoke to a smaller city. At the interview, Brian presented as a polished seasoned professional with the skills the organisation needed. The role required the successful candidate to lead the start-up of a new division. Brian was well presented, possessed high energy, was engaging, demonstrated a deep understanding of what was required and displayed a level of fun.

At the second interview, Brian revealed an extraordinary level of confidence in his ability to take on board this particular role. One of the interviewers saw this as a red flag. Along with several other concerns, this behaviour was identified in a psych report. The hiring manager ignored these concerns because of Brian’s status, seniority and experience. The hiring manager wanted a ‘gun’ and seemed quite excited to see Brian’s behaviour because their perception was that Brian would approach the achievement of targets with the level of aggression he required for a start-up within a tough market place. Combined with significant levels of expertise, the hiring manager, a younger ‘gun’ himself, decided that this person would contribute to the growth of the organisation and would not take too much nonsense from staff.

The General Manager Human Resources (GMHR) was shocked when Brian, towards the end of the second interview, laid back in the chair, clasped his hands behind his head and said, ‘you know I’m the best person for this job’. The hiring manager thought this bit of larrikinism was terrific, espousing that the organisation needed this type of bold energy
After expressing and debating the concerns with the hiring manager, the GMHR reluctantly agreed to support the hire. In effect, the GMHR had no choice. HR’s role was to provide an opinion, and the actual hiring decision rested with the hiring manager. Despite this, the GMHR raised these concerns to the Managing Director. About 18 months later, the Managing Director would admit that the GMHR’s, feedback, observations and instincts had been correct. A lesson learnt.

It may well have been a lesson learnt, yet the pity of it is that putting up with Brian’s behaviour for that period cost the company dearly in many ways.

During the first few months, which incidentally coincided with the probationary period, it appeared that Brian was working diligently at achieving the agreed deliverables. Initially, he seems to have wooed colleagues and staff into believing he was dynamic and forward-thinking.

Over time his behaviour changed. It shifted to being overbearing, dictatorial and hard to control. He had influence, position and power and was using it most inappropriately. Most significant is that he seemed to do very little and moved into blame and shame of others relatively quickly. The powers to be, began to ask: What is going on here? Was it them? Was it him? What did they miss at interview?

Nothing was missed at interview! So keen was the organisation, led by the hiring manager, to start to play in the big bond (remember he was coming to a smaller city) they were blindsided by their delusions of potential grandeur.

Brian’s Behaviour and the Fallout

Brian ruled with fear. One or two brave staff were bullied and intimidated into quiet submission when he discovered they had gone to Human Resources (HR). It wasn’t until he finally left the organisation that the true extent of the effect of his behaviour became known.

Over about a year, it seemed as if his paranoia increased and his treatment of his team became well-known.

Brian was also responsible for another two teams.

These particular functions had existed in the organisation for some time and were mature in their operations. They typically performed well. However, Brian decided that part of his motivational strategy was to promise the teams a bonus.

Months later, they were still not forthcoming. When questioned, the reasons for non-payment offered. The impact of these delays on the staff was never a consideration. They lost respect for Brian as he didn’t deliver on his promises. The person, if challenged, would threaten legal action and allege they had recorded their conversations.

Can you imagine the effect this behaviour had on morale and productivity? It wasn’t until productivity fell that the powers to be started to take a closer look. With his team’s morale so low it followed that they were not meeting their sales targets. Instead of providing support, coaching and training, staff were ‘performance managed’ against the backdrop of an intolerable operating context. It was their fault!

Some staff were wise enough to adopt the hunker down approach. These staff sensed Brian would not last and they figured if they could ride it out, they would outlast him and things would get better. Some left the organisation in disgust as a protest.
The situation for these staff was never resolved, so goodness knows what memories they hold about this employer

Rigorously recruit to fit the organisation culture.
At recruitment, consider organisational fit, particularly in senior roles. It’s probably more important than skills, as with the right attitude skills can be taught, attitude and genuine caring for staff cant!

Use dialogue as an organisation communication tool
Make sure the workplace is a safe place to work and where using dialogue becomes the way we communicate around here. Dialogue is a particular way of having a conversation so that all parties have a voice without the impact of hierarchy or fear of recrimination. It is an excellent communication tool.

Summary
It is a tragic set of circumstances when this type of personality infiltrates an organisation. They will not change. If you find one in your organisation, move them on as quickly as possible. Oh yes, remember procedural fairness and due diligence so it won’t come back to bite you!

If you can relate to this story, you may be working with, what John Clark (2005) called, the workplace psychopath. In his book, Working with Monsters: How to Identify and Protect Yourself from the Workplace Psychopath, Clarke artfully takes us through how to identify psychopathic behaviour, the human cost of workplace psychopaths and how to protect yourself.

Clark, states as a general pattern, psychopaths show a distinct cluster of personality characteristics, as well as antisocial behaviours.

These characteristics and behaviours include such things as lack of remorse or guilt, criminal behaviour, an impersonal sex life, impulsive behaviour, lack of responsibility, prolific lying and deception, manipulation of other people to get what they want, apparent lack of conscience, a constant need to stimulation and excitement, superficial charm and good intelligence, unreliability, insincerity, antisocial behaviour, poor judgement and failure to learn by experience, a grandiose sense of their own self-worth, egocentric, and incapacity to love, lack of emotion, absence of life goals, and chequered employment history.

This book is a great read if you want to explore the subject more deeply.
References
John Clarke: Working with Monsters: How to Identify and Protect Yourself from the Workplace Psychopath. 2005 Random House Australia:

Narcissist derivative of narcissism: the definition, excessive interest in or admiration of oneself and one’s physical appearance. Psychology extreme selfishness, with a grandiose view of one’s own talents and a craving for admiration, as characterising a personality type.